The culture of hip-hop came from the rubble of poverty and some perceived it as being that of gang culture. Conflict with the police was inevitable, but was it a result of the ‘violent’ nature of the lyrics or because of the controversial voice against existing prejudices?

When you think of institutionalised racism in America, the first thing you may think about is the police. Rodney King, 1991, beaten by LAPD officers after trying to flee. Michael Brown, 2014, shot by a police officer in Ferguson after putting his hands up surrendering. Eric Garner, 2014, choked to death by NYPD after getting arrested for selling cigarettes. The list could go on.

From Public Enemy to Ice-T to Geto Boys, Hip-Hop has been a voice against police prejudice but that hasn’t been without controversy in and of itself. Those with judicial power have argued that these artistic expressions of rage are inherently violent in nature and should be censored despite free speech protection under the First Amendment in the American Constitution.

Cop Killer by Ice-T’s heavy metal band Body Count was removed from their album after pressure from the then US president George Bush who said “it’s wrong for any company to issue records that approve of killing a law enforcement officer. Good taste and decent people ought to know better than to permit those things to be aired across our country.”

This censorship also led to the introduction of ‘parental advisory stickers’ basically giving hip-hop music an 18 rating. Some saw it as positive as it deterred children from being influenced by the drug and violent references in songs whilst others argued this further silenced the voice of the voiceless.

West coast group N.W.A.’s Fuck tha Police is one of the most famous and important protest songs of all time. It reflected Los Angeles in the 80s when there was the ‘War on Drugs’ and heavily militarised police routinely abused their power, turning their weapons and power on coloured citizens.

Lyrics like“They have an authority to kill a minority” spoke to many who had been on the other side of the police who had misused their power just because they had a different skin tone. It was a voice for the voiceless. It spoke for justice.

But, in typical American fashion, the law attempted to shut down this protest from the west coast. Their record label, Ruthless Records, was sent a letter from the FBI that expressed their concern and displeasure with the song.

In the letter, Milt Ahlerich, Assistant Director of the FBI, said: “Law enforcement officers dedicate their lives to the protection of our citizens, and recordings such as the one from NWA are both discouraging and degrading to these brave, dedicated officers.”

This led to pressure on N.W.A.’s concerts with Detroit police storming the stage and arresting Eazy-E and the rest of the group for performing the song. Other cities cancelled their shows altogether but this actually enhanced their voice, helping their album ‘Straight Outta Compton‘ go triple platinum.

However, the fact remains that police brutality and prejudice still exists. Michael Brown and Eric Garner wouldn’t be six feet under if it didn’t.

In April this year, the Supreme Court refused to take up the case of Jamal Knox who argued that he should have been protected under the First Amendment, after being imprisoned for two years on counts of terroristic threats and witness intimidation for his own homage to N.W.A.’s Fuck tha Police.

The Supreme Court rejected the case after several US rappers including Chance the Rapper, 21 Savage and Killer Mike sent a legal briefing to the Supreme Court to consider this ‘injustice’.

Erik Nielson, Associate Professor of Liberal Arts at the University of Richmond, was one of the amici alongside these rappers to file the legal briefing and said that this case was critical in the argument for minorities’ free speech in America.

Nielson said: “Rap music is complex with many layers, those who make these decisions in courts have an unfamiliarity with this culture and therefore are mistakenly interpreting this expression as a true threat of violence.”

As Ghetto SuperStar Committee, Mayhem Mal (Jamal Knox) released the song back in 2012 with Soulja Beaz as they were awaiting trial for possession of heroin in their car. In the track, they named and made violent threats to the officers that arrested them.

“This first verse is for Officer Zeltner and all you fed force bitches and Mr. Kosko can suck my dick for knocking my riches”

“Takin money from Beaz and all that shit away from me? Well your shift over at 3 and I’m gonna fuck you up where you sleep”

The police officers testified in court that the song made them scared for their safety, one officer retired and the other went into witness protection. This led to both MCs getting sent down for two years for this expression, as well as outstanding drug charges.

Mayhem Mal has since been released from jail and attempted to appeal his ‘wrongful conviction’, however, it was stopped from going any further with the Supreme Court refusing to give it a chance to be heard in front of a judge.

The US rappers and Erik Nielson argued in the legal brief that the song was a political statement that was intentionally provocative. The also stated that lawmakers have no knowledge of hip-hop culture meaning they interpreted the song wrongly.

“The threats in this song are not from Jamal Knox or Rashee Beasley, instead from the invented characters of Mayhem Mal and Soulja Beaz, who are used as violent rhetoric to express feelings of anger and injustice towards the police department. This was not understood by the court.

“Jamal Knox is one of many across the country that has used rap music to voice their opinion about discrimination and prejudice towards themselves because of race. Some have made a career out of music, taking them away from drugs and violence that are talked about in their lyrics.

“Consequently, the Supreme Court rejecting this case is a worrying sign for the future of free speech in hip-hop because it paves the way for increased censorship in the genre and hence silencing the voice of minorities, including African-Americans.”

While police brutality remains, hip-hop culture will always be the voice of the voiceless, whether those that are challenged like it or not. Without this free expression, racism will always exist in institutions such as the police and affect countless lives. As Public Enemy told us, “we’ve got to fight the powers that be”. 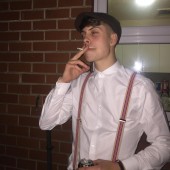 Women in Hip-Hop: Past, Present and Future

The four elements of hip-hop